I’m sure many can relate to how it feels to lose a job; whether by choice or by chance, it hurts. There are overwhelming feelings of discomfort that cannot be described as anything but anguish. Put aside the loss of income (painful as that may be) and concentrate for endless moments on the loss of self-esteem, the derailment of your sense of personal value. All the good you once felt is just gone. You have nothing to wake up for next day… or the day after that… Life loses its glimmer. Everything goes dark.

That’s how it felt when I was fired from Jack’s Hair-em. I had devoted six and a half years of my young life to being the best hairdresser and shop manager that I could be. But one day, I lost it all.

Things had been building up to this day for a while. There were signs that I should leave and people were telling me that I was smart enough to run my own business. But still, I felt a sense of obligation to my employer who had given me a chance right out of beauty school, not even knowing whether I was qualified or mature enough to take on the responsibilities he had piled on my 18 year old self.

Jack had given me a unique opportunity to grow as a person and learn about business. In those few years I emerged from a shy aimless teen into a confident young woman. My dress code went from cut-offs and sweatshirts to fashion and style while honing my professional skills. It was during that time I fell madly in love with the man of my dreams. Meeting Roosevelt Roby further contributed to the changes that took place in me. He saw my potential for greater things. His love encouraged me to view life with wide open eyes.

Being in a committed relationship, I began to see the flaws in my employer and his workplace. For one thing, I realized some of Jack’s personal shortcomings and lost respect for him. For another, my relationship with coworkers took a downward turn. I became so uncomfortable in my once stable environment until Roby urged me to consider moving on. He insisted I get the phone numbers of all my clients, “just in case.”

My first reaction was utter fear of the unknown. What would I do? Where would I go? I decided the best course of action was to approach the competition. I was well known in the neighborhood and my clients would certainly follow me anywhere within reason. So I went to one of the beauty salons down the street and asked if I could rent a chair. To my surprise, the shop owner declined my offer. She felt I was being disloyal to Jack. Ours was a close knit community, after all.

Word traveled fast and Jack learned that I wanted to leave him. It was a busy Friday and I had three or four patrons settled under the dryers. I was taking a break in the back room when Jack burst in red-faced and fuming. He had taken my license off the wall and threw it at me. He told me to leave right then and there.

Shaking, I gathered up my personal tools and belongings. I went to each of my patrons, lifted the dryer hood and announced I was fired. I apologized for the inconvenience and thanked them for the opportunity to serve them. Then, I flew out the door.

Is losing a job ever a good thing?

Once on the street, I didn’t know where to go or what to do. I phoned Roby and started to cry. He calmly replied, “Oh baby, don’t you worry. He did us a favor.” In his eyes, this was my opportunity to grow.

But change never comes easy. During the next month, I was simply devastated. I went on job interviews to salons outside my neighborhood where I was not known. It was too far for my regular customers to travel and it takes time to build a new clientele.  Being the new girl made me feel incompetent and I started to question my own abilities. I wanted to purchase my own salon, but the bank wouldn’t loan money for what they called “chattel.” This brought my self-esteem to an all-time low.

But, God was watching and He opened a door. One of my former patrons offered to help me purchase a shop a few blocks in the opposite direction from Jack’s. By today’s standards, the price was ridiculously low and I was able to pay her back with interest within two years. When word got out that Cathy’s Coiffures was opening soon, my customers began to book appointments. In a short time, all my clients returned and even some of Jack’s regulars came to me. I was one of their own, after all, having lived in the neighborhood my entire life and growing up among them.

While my business thrived, Jack moved out to the suburbs and opened a shop near his home. I know I took a bite out of the competition and continued to be the best I could. I remained in that location for five years, until a bitter cold winter led us to vacation in California and a new chapter began on my life.

As Mr. Roby would say, it takes faith, focus and follow-through to be successful in any business.

Faith in God helped me through the tough times so that faith in myself was renewed. Focus and concentration helped me become a better stylist and ultimately better in business. Follow-through remains one of my best qualities. As my Mom would say, “You can’t give up; you have to finish what you start.”

I’ll tell you how moving to California opened up a world of possibilities and many new business ventures. 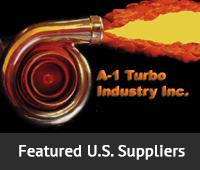