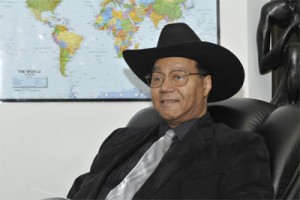 We used to think having a job would bring us financial security. But the decline of the past several months, with big businesses cutting thousands of employees – millions out of work, over all – we’re beginning to see that we can’t get ahead without being in charge.

“If you want to make money, you have to be your own boss,” says Roosevelt Roby, President and CEO of the World Business Exchange Network. “This bad economy won’t last forever, but when it does turn around, you have to be ready.”

He says entrepreneurs will hit the ground running while job seekers stand in line for unemployment benefits. And it doesn’t matter how much education or experience you have, there’s no quality of life without cash flow.

But, while the economy looks bleak, people are still using products and paying for them, not only in the United States but in foreign countries as well. Statistics compiled by the U.S. Census Bureau state that export trade is a multi-billion dollar a year industry. Information on trade activity between foreign countries with each U.S. state can be found at Foreign Trade Statistics.

If millions are made in export trade, Roby believes now is the time for us to learn a new skill. He believes anyone with any common sense can not only participate, but also be successful putting trade deals together for a profit by becoming an import/export agent or middleman. His company the WBE.NET Global Trade Association is an Internet-based tool that entrepreneurs use to learn the basics — from choosing an export product to the intricacies of following all the details.

Roby got involved in export trade back in the 1980’s when Ronald Reagan was President of the United States. During that time, Reagan signed a bill called the Export Trading Company (ETC) Act of 1982, to encourage U.S. exports and the creation of export trading companies and trade associations, and to expand export trade services in general.

Roby says import/export trade can open the door to a brighter economic future, once you have the knowledge. He’s on a mission to train 100,000 of God’s NEW Millionaires. But, after 25 years of following that path, he admits there is still a long way to go. “Too many people still carry the stigma that being black holds you back.” His message is simple: We need to take a common sense approach and learn how to overcome fear and doubt about the future. We need to proceed with a let’s do it attitude.

“We can’t allow the news reports to discourage us from participating in the global economy,” says Roby. “In fact, being black gives us an advantage. People across the world think American Blacks are innovators. They try to mimic our style in clothes and music. Let’s show them that we’re also about business.”

We all know what trade is. It’s been around since way before Christ was born. After all, this country was founded on a trade mission. In fact, some of our ancestors were once the product.

“Just look at the labels inside your clothes,” Roby says, “everything comes from somewhere else. The problem is, we’ve been on the buying side, importing goods into the U.S. from foreign countries. What we need to learn is how to get on the supply side, exporting U.S. made goods to the foreign countries.”

People think that exporting is hard. But Roby argues that’s a matter of personal opinion. Thanks to the Internet, the process of matching foreign buyers with domestic suppliers isn’t difficult, With a little coaching, all you have to do is find out what foreign people want to buy; who has it for sale; and, how to put the deal together to earn commissions and profit.

While many U.S. manufacturing jobs have been exported to other countries, Roby believes there are still a lot of inventive and creative minds in this country that will develop new products to market around the world. The good news is you can work from home or office making deals over the Internet.

“I taught my lazy son how to sell turbochargers over the Internet. He’s been in business now for more than 15 years. I taught all my sons and daughters how to make deals so they would never have to worry about a bad economy. They know how to make their own way and be their own boss.”

Roby believes if he can teach his children, he can coach others how to duplicate the process. “We can turn the economy around by finding small local manufacturing companies that operate in most communities across the nation – act as their agent or distributor to open up new markets for their products worldwide.”

WBE.NET is the premier site for trade with new online study materials designed to jump-start the learning process. Roby says, today his biggest challenge is getting people to trust themselves with that much knowledge.

“I’m amazed at how resistant people are to change. We have the first Black President in the White House. People everywhere are looking to Barack Obama to lead not only this nation but also the rest of the world out of recession. The task is huge. That’s why, all Americans have a responsibility to participate in this recovery phase.”

But, in particular, people of color need to assume the task of leading themselves out of the darkness of poverty and ignorance into the light of entrepreneurship and a brighter future. With the President advancing an agenda of small business development, now is the time to take action.

“Seek God first. Then, get yourself trained and train your family to work with you. Do it in the Name of Jesus and claim your good. Keep your faith, remain focused, and follow through. I want everyone to attain a financially secure future that returns us to peace, prosperity and hope. And, that begins with education, entrepreneurship and international trade.”